Arrowhead approach for malignancies in the lower hemisphere of the breast

For decades, breast conservation treatment (BCT) was considered to provide similar survival outcomes compared to mastectomy. Recent data, however, appears to suggest differently. Although it is yet to be widely accepted and incorporated into guidelines for the contemporary treatment of breast cancer, there has been accumulating evidence over the last decade suggesting that BCT results in higher survival outcomes and better local control than mastectomy (1-3). In anticipation of the possible shift in treatment philosophy in line with these data and its potential impact, it would be logical to devise methods to optimise BCT rates.

Malignancies in the lower hemisphere of the breast pose a particular technical challenge for standard BCT. Resection of such tumours without due consideration for parenchymal repair often result in several forms of distortion. There may be unsightly depressions, irregular breast contours or ‘bird-beak’ deformities (4,5). Although therapeutic mammoplasty or volume replacement techniques with flaps are commonly advocated to avoid such poor aesthetics, it is possible to minimise distortion with less complex procedures. One such technique is described here which allows good cosmetic outcomes without the need for elaborate surgical procedures. This approach is particularly useful for women with small to medium sized breasts.

Surgical planning involves the combination of skin incision design and tissue resection patterns. Unlike commonly advocated skin crease incisions in the lower inner quadrant (LIQ) of the breast, the ‘arrowhead’ is created by an intersection of radial and inframammary incisions, and is designed specifically for cancers close to the periphery of the gland (Figure 1). A section of skin is excised to enable apposition of the skin without a ‘skin dune’ effect once the parenchymal defect is closed. In the process, the excised skin forms the characteristic shape of an arrowhead. Either an elliptical or a triangular resection pattern may be used in conjunction with this incision to complete the surgical approach (Figure 2). Mobilisation of full thickness parenchymal pillars is required to allow advancement for tissue apposition and repair with sutures. It may be necessary to mobilise short skin flaps around the incision prior to skin closure. Where necessary, the resulting arrowhead incision may be incorporated into a mastectomy ellipse. The final cosmetic result 1 year after treatment is shown in Figure 3. 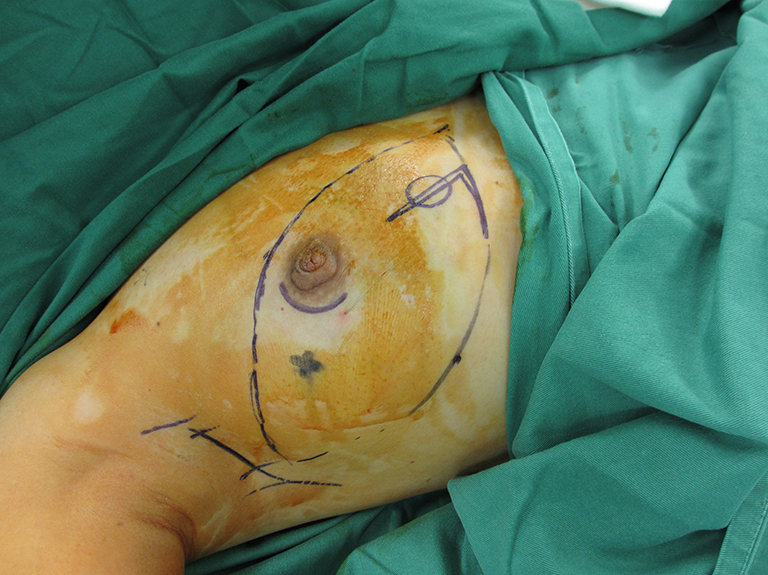 Figure 1 The arrowhead incision is depicted for a patient with a 17 mm Grade 3 invasive ductal carcinoma of the right breast. 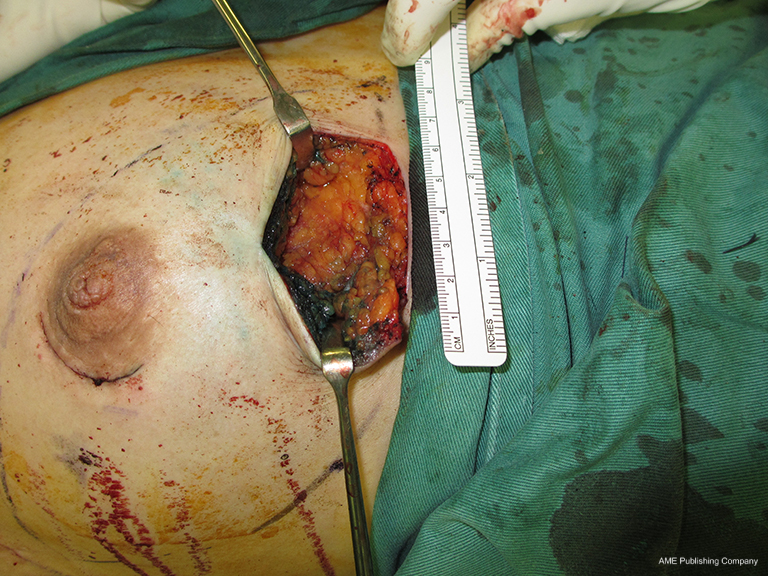 Figure 2 The elliptical resection pattern is demonstrated in this intraoperative photograph.

Figure 3 Cosmetic result 1 year after completion of treatment is shown.

Therapeutic mammoplasty or volume replacement techniques with flaps, which require special training, are often advocated for women who have small to medium-sized breasts with tumours in the lower hemisphere of the gland. There is a paucity in the literature describing techniques to prevent deformity in this position without the use of such procedures. The arrowhead approach is one that can be applied using general surgery techniques, rather than specifically adapted plastic techniques. This reductionist approach offers potential advantages of shorter operating time and improved scar perception by patients (6). Currently, the expected trend of surgical management in various disciplines for the future inclines towards minimising iatrogenic impact (7). Such a disposition has been demonstrated with axillary treatment in breast cancer, where less extensive surgery with the application of sentinel lymph node biopsy has not been shown to provide inferior outcomes in terms of survival, regional control or quality of life when compared to axillary dissection. Likewise, less extensive surgery for the primary tumour which meets oncologic criteria of adequate margins and acceptable cosmesis (8) can be expected to offer similar outcomes in terms of local control. A recent study showed that more extensive surgery with complex oncoplastic breast-conserving techniques resulted in slightly lower disease free survival when compared with the control group with standard BCT in the same time interval (9). These data in combination therefore warrants future research to evaluate the outcomes of the use of less complex techniques like the arrowhead approach for BCT in terms of operative time, complication risks, patient satisfaction, cosmesis, local control and survival.

The author wishes to acknowledge Ms Sitoh YingRui, Davina for her assistance in photography.