Secondary hyperparathyroidism (SHPT) is a common complication in patients with chronic kidney disease stage 5 (CKD5), and has a significant impact on the quality of life and survival time of patients (1,2). A long-term increase in the intact parathyroid hormone level (iPTH) and disturbances in blood calcium and phosphorus metabolism will lead to ectopic calcium deposition in the skin, cardiovascular, and other tissue, and brings about a series of problems such as poor quality of life, poor quality of sleep, a depressed mental state, and physical discomfort (3,4). More than 75% of patients have cardiac hypertrophy and left ventricular dysfunction, and more than 50% of CKD5 patients die because of cardiovascular events (5). While medical treatment may improve symptoms for a limited time, with the extension of the disease timeline, parathyroid hyperplasia is seen to be mainly adenomatous hyperplasia and nodular hyperplasia, parathyroid cells are mainly monoclonal and the proliferation speed is fast, and calcium-sensitive and vitamin D active drugs are gradually ineffective, resulting in parathyroidectomy as the final treatment option (6).

From January 2018 to August 2020, 89 patients with CDK5 and SHPT were enrolled in the study. Patients were divided into two groups according to whether or not they received nanocarbon suspension during the operation. The observation group (A) was composed of 46 patients including 24 males and 22 females, while in the control group (B) there were 43 patients, including 22 males and 21 females. There was no significant difference in age and duration of hemodialysis between the two groups (P>0.05). All procedures performed in this study involving human participants were in accordance with the Declaration of Helsinki (as revised in 2013). This study was approved by the Ethics the Committee of the Affiliated Hospital of Nantong University (ID: 2013-67). Informed consent was provided by all participants.

The guidelines of the American Society of Nephropathy Foundation [2017] and the consensus of clinical practice experts of the Thyroid Surgeons Committee of the Surgeons Branch of the Chinese Medical Doctor Association [2016] (7) were combined to define the inclusion criteria, which were as follows:

Total parathyroidectomy (tPTX) was performed using an arc-shaped collar incision in the anterior neck, about 5 cm in length. The platysma muscle was opened, and the free flap was placed under it, up to the thyroid cartilage and down to the supraclavicular fossa. The white line of the neck was cut along the median and the anterior cervical muscle was opened to expose the thyroid gland. At this time, group B patients received a 0.15 mL of nanocarbon suspension injection into the left and right sides of the thyroid surface, and when drawing back, avoiding injection of blood. After the injection, local gauze was pressed for 1 min, the middle thyroid vein was cut off, and the lateral space of the thyroid gland was freed. The posterior recurrent nerve was then exposed, and the parathyroid gland was located (Figure 1). At this time, bilateral thyroid and corresponding lymph nodes were stained black, while parathyroid glands were not, and appeared light yellow or light pink, with a clear position. The parathyroid glands were removed one by one without damaging the parathyroid capsule (Figure 2), and after the operation, a silicone drainage tube was placed in the neck. 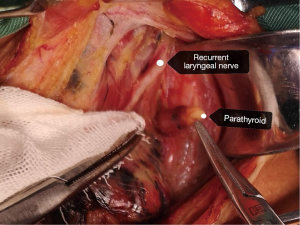 Figure 2 Exposure of the parathyroid gland.

Comparison of perioperative indexes between groups A and B

The general clinical symptoms of bone pain, myalgia, and pruritus in the observation group were relieved (100%), while in the control group, three cases had no significant remission (93.48%). The operation time, blood loss, and bone pain relief time of the observation group were better than those of the control group (P<0.05), but there was no difference in the time of intravenous calcium between the two groups (P>0.05). In terms of complications, there were three cases of transient hoarseness and one of transient drinking cough in the control group which were relieved within a week of the use of neurotrophic drugs and aerosol inhalation of glucocorticoids. There were no serious complications such as permanent nerve injury or chylous leakage in both groups. The neck drainage was less than 5 mL/24 h and was removed (Table 1).

Comparison of blood iPTH monitoring level between groups A and B

A postoperative iPTH level greater than 150 pg/mL indicates recurrence, with a sensitivity of 100% and specificity of 99.5% (8). Our results showed that the recurrence rate of the observation group using nanocarbon was lower, and the difference was statistically significant (P<0.05). The exact value of tPTX in SHPT was reconfirmed in both groups of surgical results compared with pre-treatment results (Table 2).

Comparison of blood calcium monitoring level between groups A and B

With a sudden decrease in iPTH levels, bone rapidly absorbs calcium, and the time window of calcium starvation is within 18 hours (9), manifesting as numbness around the mouth, numbness of limbs, and convulsions (10). We infused calcium gluconate by an intravenous micropump after surgery to account for this, and the dosage was adjusted in each patient. However, calcium could be taken orally on the first day after the operation, and the intravenous calcium was withdrawn about one week after surgery. The calcium level of the observation group was lower than the control group and the difference was statistically significant (P<0.05). The actual tPTX operation is more prone to hypocalcemia, but with the extension of time, the calcium level can gradually return to the normal level under the condition that only oral calcium is used. In the control group, the overall serum calcium level was higher than that in the observation group because of recurrent cases (Table 3).

The choice of operation for patients with SHPT has always been the focus of controversy. The causes of postoperative recurrence of hyperparathyroidism are surgical omission, incomplete resection, or local implantation, which leads to long-term recurrence (11). Subtotal parathyroidectomy (SPTX) has a high recurrence rate, dangerous complications, and high mortality and is seldom used in the clinic. While the 2016 version of the China consensus has not yet been released, total parathyroidectomy plus autotransplantation (tPTX + AT) is a better choice for patients who may undergo renal transplantation in the future as it is easy and less difficult to select the smaller transplantation site for local resection. Recurrent, progressive SHPT is caused by hyperthyroidism at the transplantation site or parathyroid tissue missed at first surgery, and it is very important to locate its source. For patients without a renal transplantation plan, the recurrence rate of total parathyroidectomy (tPTX) is lower than that of tPTX + AT (12). Although the onset and degree of hypocalcemia within six months after surgery are higher than those of tPTX + AT, tPTX produces better outcomes in the incidence of bone and mineral metabolism disorders (13,14) and bone density. tPTX can reduce the level of iPTH, improve disorders of calcium and phosphorus metabolism, and relieve the clinical symptoms caused by a series of lesions in the skin, soft tissue, bone, and blood vessels. It can also even improve sleep quality, mental health, behavioral health, quality of life, and social function (12,15).

There are two major benefits to the use of tPTX over other methods. Firstly, CDK5 patients have overall poor health and are at greater risk of complications from any procedure involving general anesthesia. The decision to remove all parathyroid tissue at the first operation decreases the likelihood that further procedures are required. Secondly, the objective of fully removing all tissue at first operation renders the identification of the anatomical boundaries for surgery more precise, increasing the likelihood of its success and also reduces the need for further procedures. Reoccurrence is more likely following partial removal as residual tissue may be missed, and a second operation significantly increases the incidence of damage to nerves, blood vessels, and the thoracic duct (16). To sum up, minimizing the recurrence rate and avoiding the need for subsequent surgery offers the best outcome for uremic patients with SHPT.

The use of B-ultrasound and enhanced CT examination for preoperative positioning only provides surgeons with a general impression of the parathyroid gland, and even MIBI-SPECT/CT has a high rate of missed detection (about >20%) (17). 99mTc-MIBI preoperative injection intraoperative positioning γ detectors are not available in every hospital, and as each operation requires consultation with nuclear medicine doctors to prepare for surgery it is not very convenient (18). As a safe tracer, nanocarbon is widely used in lymph node dissection for thyroid cancer. After injection, the tracer quickly gathers in the lymph nodes and thyroid tissue turning them black, as it passes through lymphatic vessels and not through capillaries. This greatly benefits surgeons by protecting important tissues such as the posterior recurrent laryngeal nerve, parathyroid gland and local lymph nodes (19). In this study, there was no recurrence, nerve injury, chylous leakage, or other complications in the nanocarbon operation group during the observation period. This method has obvious advantages in improving the operation quality, shortening the operation time, and improving the speed of relieving clinical symptoms such as bone pain. During surgery for ectopic parathyroid tissue, we followed the procedure of opening the dorsal side of the thyroid gland, exploring around the esophagus, central group lymph nodes, thymus, and cervical vascular sheath. In the observation group, the lymph nodes were displayed by the injection of nanocarbon and it was easy to distinguish tissue which stained black for that which did not. For a small number of ectopic parathyroid glands that were not deep in the thyroid gland, the circular or oval part of the thyroid capsule could be found without black stain, and when the thyroid gland was opened, the ectopic parathyroid glands were found. At the same time, the nerve was displayed and could be easily avoided. During the operation, the parathyroid capsule was not damaged, which allowed implantation in the operative area to be avoided and reduced the long-term recurrence rate. If the number of parathyroid glands is less than four through rapid intraoperative freezing, intraoperative parathyroid hormone assay (IOPTH) can be performed and if the IOPTH is still more than 150 pg/mL in 20 minutes, or the decrease rate is less than 80%, it is likely there are still suspicious lesions (20). However, if combined with preoperative imaging localization, the fourth parathyroid gland cannot be found by intraoperative re-exploration, we believe thymectomy should be employed. According to our follow-up results, the outcome of the group receiving nanocarbon was better than those not receiving it 6 months after surgery. There is no universal method for the surgical treatment of SHPT and individual variations must be considered. Preoperative localization is a very important step in determining the minimum number and location of surgical resection. Studies with a larger sample size and longer follow-up are required to determine long-term survival rates, cardiovascular outcomes, and other indicators.

Nanocarbon negative imaging technology in total parathyroidectomy can improve the surgical effect, reduce the risk of treatment, and improve the prognosis of patients.

Reporting Checklist: The authors have completed the STROBE reporting checklist. Available at https://dx.doi.org/10.21037/gs-21-385

Conflicts of Interest: All authors have completed the ICMJE uniform disclosure form (available at https://dx.doi.org/10.21037/gs-21-385). The authors have no conflicts of interest to declare.

Ethical Statement: The authors are accountable for all aspects of the work in ensuring that questions related to the accuracy or integrity of any part of the work are appropriately investigated and resolved. All procedures performed in this study involving human participants were in accordance with the Declaration of Helsinki (as revised in 2013). This study was approved by the Ethics the Committee of the Affiliated Hospital of Nantong University (ID: 2013-67). Informed consent was provided by all participants.