Intraoperative identification of parathyroid glands (PTGs) is difficult, even for experienced surgeons. AF with near infrared imaging (and no biomarker) is a novel technique, gaining popularity in endocrine surgery. It was first described in 2006 (1). Whilst the mechanism of action is incompletely understood, parathyroids emit light at a wavelength of 785 nm when excited by a diode laser. This is distinct from the surrounding tissues and enables visualization which is the basis for this technology (2). The exact physiology and duration of fluorescence is unknown. To our knowledge, the autofluorescent properties of cryopreserved parathyroid specimens have not been described before.

In October 2016, a 17-year-old female, with a strong family history for MEN 2A, was referred to the Department of Endocrine Surgery for evaluation of a neck lump. Her past medical and surgical history were unremarkable.

The patient underwent a total thyroidectomy, bilateral central neck dissection and subtotal parathyroidectomy with cryopreservation in August 2016. A remnant parathyroid (leaving 30 mg in vivo) was fashioned from the left upper gland, as it was furthest from the central node disease and had the most robust pedicle.

Post operatively the patient developed hypoparathyroidism which persisted into the ninth month. She was requiring eight calcium tablets per day and calcitriol (0.25 µg BD), although was often non-compliant. Her PTH was undetectable, serum calcium was 6.2 mg/mL and phosphorus 5.5 pg/mL (normal 2.7–4.8 pg/mL). She underwent auto-transplantation of cryopreserved parathyroid tissue. One vial from the right upper parathyroid gland (14 pieces) was thawed per protocol and re-implanted into her non-dominant brachioradialis.

At 15 months after her initial presentation, her calcium remained low at 6.8 mg/mL with a PTH of 3 and 25 hydroxyvitamin D was within normal range. Lateral recurrence was detected clinically during routine follow-up and confirmed via fine needle aspiration (FNA). She underwent a left lateral neck dissection and repeated autotransplantation of cryopreserved PTGs. Intraoperative near-infrared imaging (NIRI) was utilized during the third operation.

A handheld external camera (Fluobeam 800®) was draped in a sterile plastic sleeve and held by the primary surgeon, approximately 15–20 cm from the exposed central neck. The camera is connected to a programmed laptop (Fluoptics, Grenoble France) and images can be seen on the plasma monitors in the operating room. With the room lights turned off, the near infrared light is directed at the tissues and an image (or video) plus signal intensity are recorded. Each measurement takes 300 milliseconds. Multiple measurements can be made without adding appreciable time to the procedure, although are not typically required. 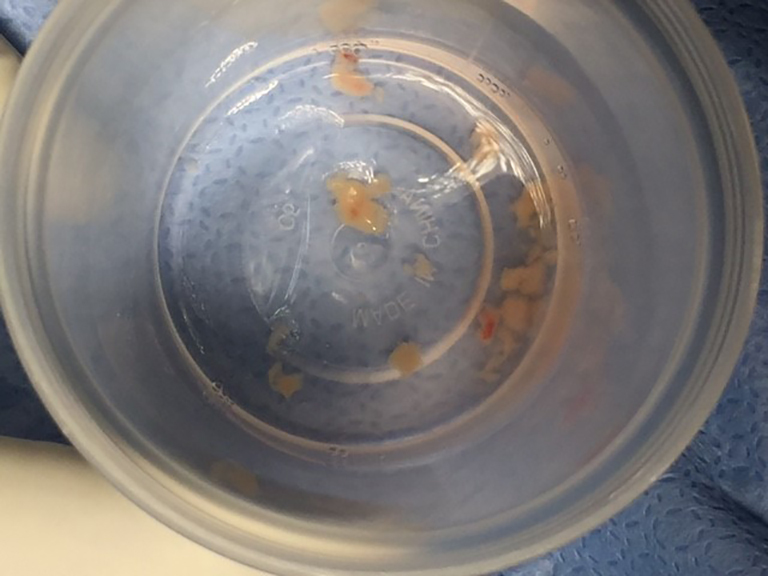 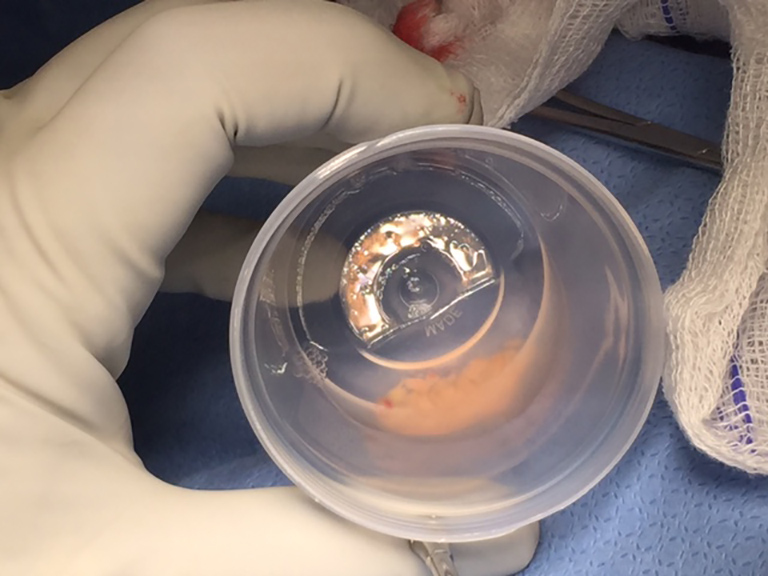 Figure 2 PTG (unlike fat) will sink when submerged in water. PTG, parathyroid gland. 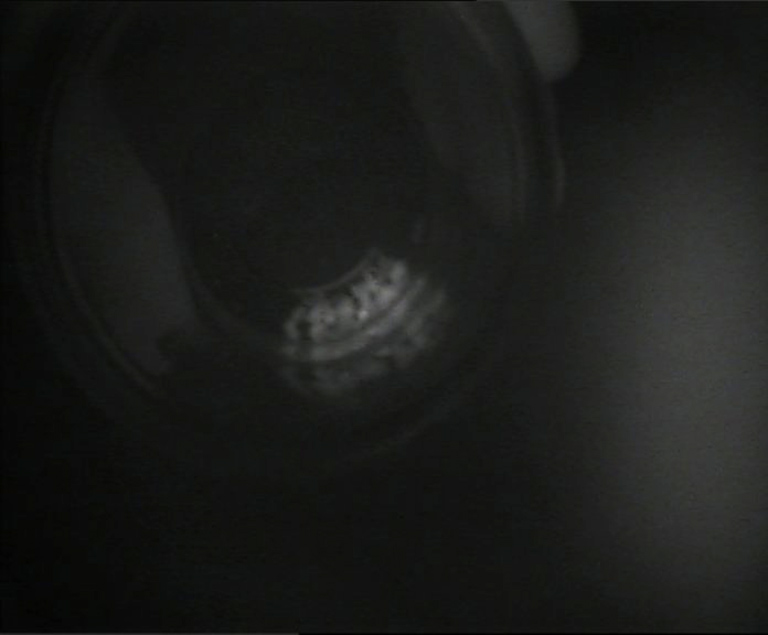 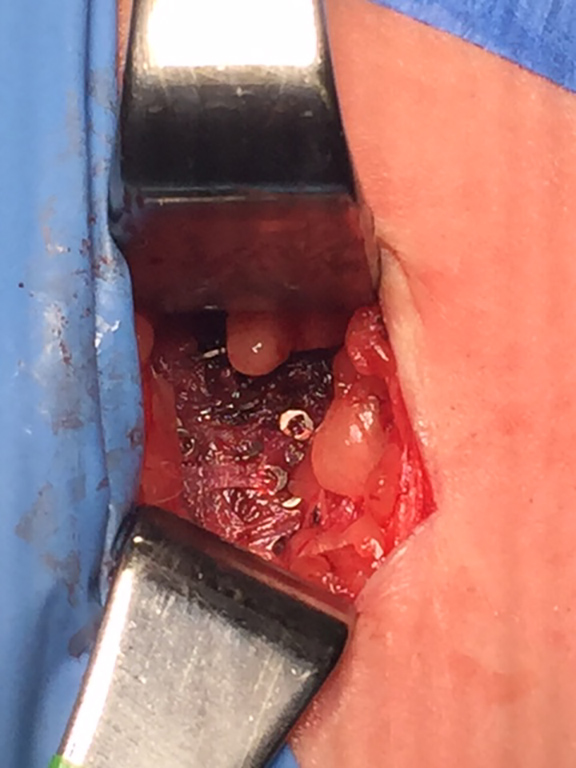 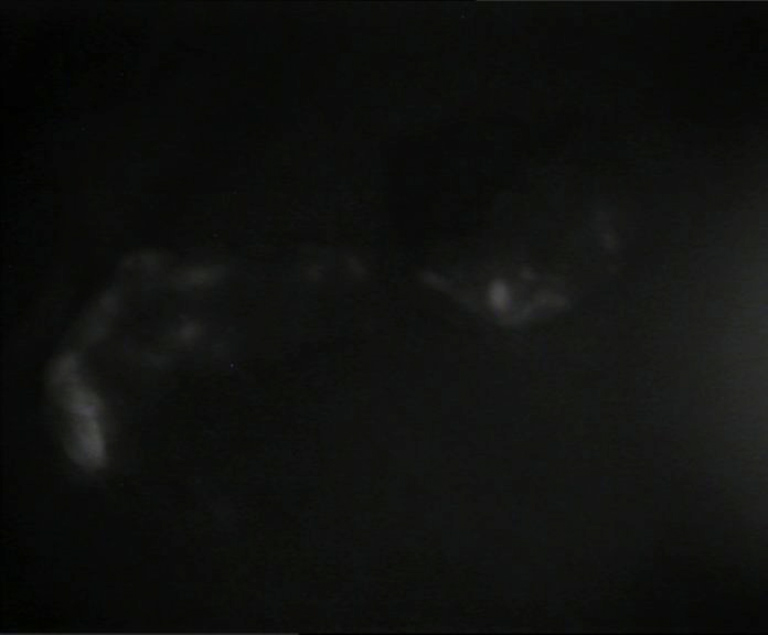 On post-operative review at 2 weeks, the patient’s laboratory studies were promising, with a serum calcium of 7.7 mg/dL and PTH of 16 pg/mL.

To our knowledge this is the first report documenting the presence of persistent AF within thawed parathyroid gland fragments, which had been cryopreserved for 2 years.

NIRI, is a novel localizing tool for parathyroid identification in endocrine surgery which was first described in 2006 by Das et al. (1). It was first used intra-operatively in 2011, in a pilot study of 21 patients (2).

The initial discovery of parathyroid AF was made using spectroscopy (2). Various practical challenges, including the need for direct tissue contact during measurements and variability requiring multiple measurements, limited its early popularity. Since then modifications have been made to simplify its use and it has now been adopted by several groups around the world. The largest clinical series to date, was published in 2015 by the same group from Vanderbilt who coined the term “parathyroid autofluorescence”.

They studied parathyroid AF in 264 glands from 137 patients and reported an accuracy of 94% and 100% across all disease states (excluding secondary hyperparathyroidism) (3). More recent publications, involving fewer patients, have had similar results (4-7).

AF is the natural emission of light by an intrinsic fluorophore. When excited by near-infrared wavelengths, PTGs fluoresce (appear bright) without the co-utilization of a biomarker. PTGs are uniquely identified by the signal intensity of the light they emit (785 nm), relative to other structures in the central neck. Whilst the specific fluorophore that enables this phenomenon to occur has not been defined, previous studies and our own experience have shown that AF persists in ex vivo specimens and is therefore a chemical structure independent of perfusion. In this case, it is interesting to note that functionality withstands prolonged and extreme freezing (up to −196 °C) and therefore potentially the molecular mechanism behind autofluorescence is thermoregulated.

Candidates for the intrinsic parathyroid fluorophore are calcium sensing receptors and vitamin D receptors, as studies have shown that concentration of these proteins tends to correspond with the fluorescent signal intensity—highest concentration in chief cells of PTGs, lower concentration in the thyroid and absent in other tissues in the neck (8). In their analysis McWade et al. revealed that BMI and disease state were associated with signal variability however, age, gender, PTH levels and ethnicity were not (3). Other hypotheses consider the proportion of adipose, chief and oxyphil cells within PTG and the presence of pseudo colloid (9). Kim et al. reported persistence of parathyroid autofluorescence after formalin fixation (6). The literature does not mention the persistence of intrinsic fluorescence following cryopreservation.

Fluorescence is described qualitatively as bright or dim, homogenous or heterogenous. PTGs fluoresce more than the surrounding tissues, and therefore appear white on a black background. Fluorescent characteristics are independent of perfusion. In thyroid surgery, PTG fluorescence is the same before and after removal of the thyroid (10). The intensity of fluorescence is calculated using Image J software (National Institutes of Health Bethesda, Maryland) and used to determine the P/B ratio. The P/B ratio is defined as the average AF intensity of the parathyroid gland over average AF intensity of the surrounding tissue in the central neck. In a publication by Kim et al., the P/B ratio was between 1.95 and 5.2 (11). Normal PTGs are associated with a higher P/B ratio than hypercellular glands and this is associated with a proposed down regulation of the parathyroid fluorophore in hypersecreting glands (3).

Compared with other intraoperative localizing techniques, AF is advantageous as it does not require injection of a biomarker and does not interfere with standard surgical technique, however it cannot assess perfusion. Compared with ultraviolet (UV) visible light, near infrared wavelengths are optimal for biomedical applications allowing for deeper penetration, lower scattering and absorption (12). The utility of NIRI to identify PTGs in endocrine surgery includes: reduction in post-operative hypocalcemia, improved parathyroid identification and reduced rate of autotransplantation (13).

In this case images were captured of the thawed parathyroid graft fragments before and after transplantation. The fragments appeared bright white, consistent with a robust fluorescent signal, even after two years storage at −196 °C. AF using NIRI enabled us to distinguish the tiny graft fragments from adjacent lobules of fat, following transplantation.

In conclusion, this case highlights the increasing utility of NIRI in endocrine surgery and confirms that the intrinsic primary fluorophore is an undefined chemical, independent of perfusion or cold temperature.