A Mascot score of >64 (PFigure 3). A selected PMF of protein spot 6 is display in Figure 4. Thirteen differentially expressed proteins were found in SWISS-PROT protein database, among which 3 up-regulated and 10 down-regulated in the resistant group (Table 1). 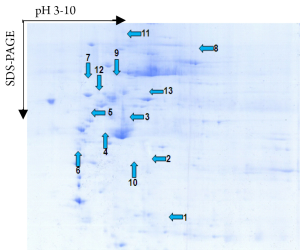 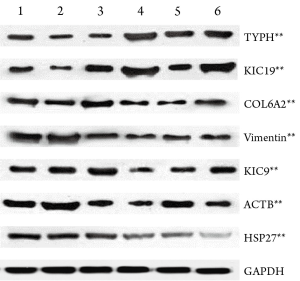