Andrew D. Seidman, M.D. (Figure 1) is an Attending Physician for the Breast Cancer Medicine Service, Memorial Sloan-Kettering Cancer Center, New York, and a Professor of Medicine, Joan and Sanford I. Weill Medical College of Cornell University. He is a medical oncologist with expertise in the management of both early stage and advanced breast cancer. His research interests include the clinical investigation of novel chemotherapeutic and targeted agents in the treatment of metastatic breast cancer. 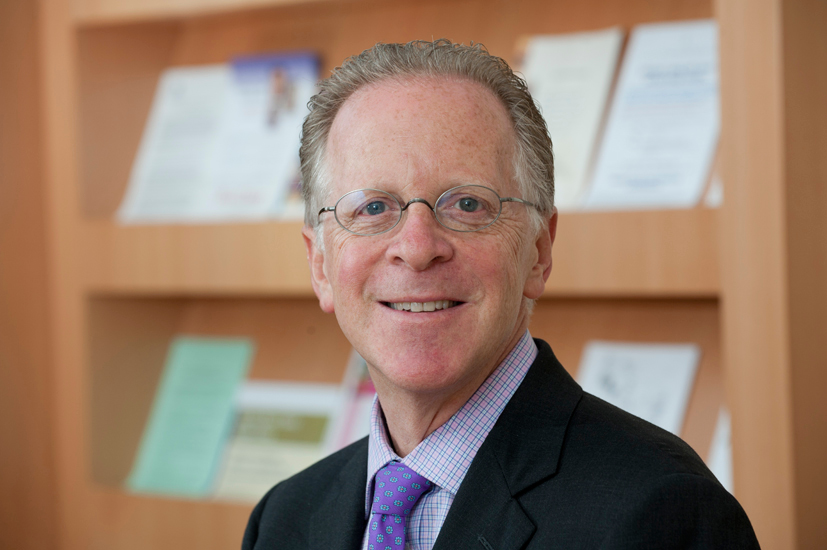 GS: Could you please briefly introduce the current situation of breast cancer in America?

Prof. Seidman: Certainly. For an American woman with breast cancer, the chances of long-term survival are excellent, provided that she is diagnosed with early-stage breast cancer, where we know that chemotherapy, surgery, sometimes radiotherapy, will lead to very high chance for cure. For metastatic breast cancer, we still don’t use the word “cure” very comfortably, but we do talk about “treatments” that we know can extend survival.

GS: How to early diagnose the breast cancer and do you have any suggestions for the young doctors?

Prof. Seidman: Despite a lot of debate about the value of screening mammography, I still think that this is the best we can offer women for early detection of breast cancer. Screening women who are asymptomatic, we will detect breast cancers when they are smaller at earlier stage, and therefore increase the chance of cure. Other imaging such as ultrasound may also be useful. Women need to be aware that if they feel an unusual lump or mass, they should seek medical attention; they should not ignore it, and they should go to the doctor.

GS: Are there any new targets in the recent studies?

Prof. Seidman: Yes. One of the promising targets was vascular endothelial growth factor (VEGF). The monoclonal antibody called bevacizumab or AvastinTM was initially very promising for metastatic breast cancer. However, unfortunately, more recent studies show that this is not as effective as originally thought. Other important targets that are emerging include PARP, which stands for poly ADP-ribose polymerase. This is an enzyme that is involved in repairing damaged DNA. When this enzyme is inhibited, it can lead to what is known as synthetic lethality. We get double-strand breaks of DNA when PARP inhibition is combined with certain DNA-damaging chemotherapy drugs, this may prove to be a very effective strategy. Patients with BRCA mutations may have breast cancers that are particularly sensitive to this strategy. Therefore, this is one of the promising targets for the future.

Another promising target is the androgen receptor (AR). Our group at Memorial Sloan Kettering Cancer Center has shown that using a prostate cancer drug, bicalotamide, that we can control breast cancers that express AR. Another promising target is cyclin-dependent kinase 4/6 (CDK4/6). A drug known as palbociclib has been shown to improve time to progression when combined with letrozole, an aromatase inhibitor, in post-menopausal women with estrogen receptor positive, metastatic breast cancer and the results of a phase III trial are eagerly awaited to see if this drug may be useful to those patients. Besides, one other target that I think is very promising is phosphoinositol (PI)-3 kinase. This molecule is an important part of signaling pathway that when inhibited may overcome resistance to numerous therapies. Many companies now are developing PI3 kinase inhibitors to overcome resistance to anti-estrogen therapies and possibly anti-HER2 therapies.

Finally, the mToR inhibitor, everolimus (AfinitorTM) improves outcomes when combined with the aromatase inhibitor exemestane in post-menopausal women with metastatic ER+ breast cancer whose disease has progressed on anastrozole or letrozole. The list is very long, and I think those are some of the most promising.

GS: What’s the significance of gemcitabine in the chemotherapy of advanced breast cancer in your perspective?

Prof. Seidman: Gemcitabine is not a new drug for breast cancer. It has been around for a long time. It has been used alone as a single agent but perhaps most frequently in combination with other drugs. Because of its excellent safety profile, it has become a very attractive partner to combine with agents such as taxanes as well as platinum compounds. So the use of gemcitabine in combination with paclitaxel is one of the standard combination treatments for metastatic breast cancer, based on a study showing improved survival when given as first chemotherapy compared to using paclitaxel alone. The combination of gemcitabine with platinum drugs is also very promising and this may be particularly for triple-negative breast cancer which may be more sensitive to platinum. A large randomized trial from the Chinese breast cancer study group will be reported soon and will compare paclitaxel-gemcitabine to cisplatin-gemcitabine. I think this will be an important trial to inform how we will move forward perhaps in adding other targeted therapies to chemotherapy and triple-negative disease.

GS: We know breast cancer can metastasize to bone, brain and other sites. Which one occurs more frequently?

GS: What’s your opinion on the maintenance therapy for advanced breast cancer?

Prof. Seidman: We are often very successful with our initial therapy in causing response. The difficult decision arises for the patients in remission as to how long to continue therapy. When treatment is continued for many months, sometimes the side effects of treatment become significant. When one cannot expect cure, we hope that the treatment will not be worse than the disease. It is this dilemma that leads us to look for maintenance therapies that will be effective and well tolerated. The use of single-agent chemotherapy after combination chemotherapy may be one of those approaches. The use of targeted therapies alone after initial treatment when combined with chemotherapy may be another effective maintenance strategy. Currently, for patients with HER2 positive breast cancer, the use of trastuzumab Herceptin (HerceptinTM) to maintain a response to chemotherapy plus Herceptin is very attractive. Patients can experience resolution or improvement of side-effects of chemotherapy while their cancer may remain in remission for a long time. For example the patient whose disease responds to combination therapy with paclitaxel and gemcitabine might be best served by maintenance therapy with gemcitabine alone. These are questions that deserve to be asked in future randomized trials. It is even possible that in certain emerging immunotherapies, such as those that target PDL1 or PD1 receptors that regulate T-lymphocyte function activity, these may also prove to be useful in maintaining responses to chemotherapy in the future.

GS: Thank you very much!