LIGHTVISION® (Shimazu, Kyoto, Japan) is a single monitor that evaluates NIR as well as visible light images and three-dimensional images superimposed on them in real-time. The xenon light source of the system provides visible light at a wavelength of 780–800 nm and NIR excitation light at a wavelength of 800–850 nm. Previous studies reported that it was possible to confirm indocyanine green (ICG)/NIR fluorescence without turning off the operating room light in evaluations of vascularized lymph node flaps (7) and lymphography for lymphaticovenular anastomosis (8).

We herein demonstrate the effectiveness of the excitation light to autofluorescence in the intraoperative identification of the parathyroid glands using the novel NIR fluorescence imaging system LIGHTVISION®. We also investigated differences in autofluorescence by the histological background. 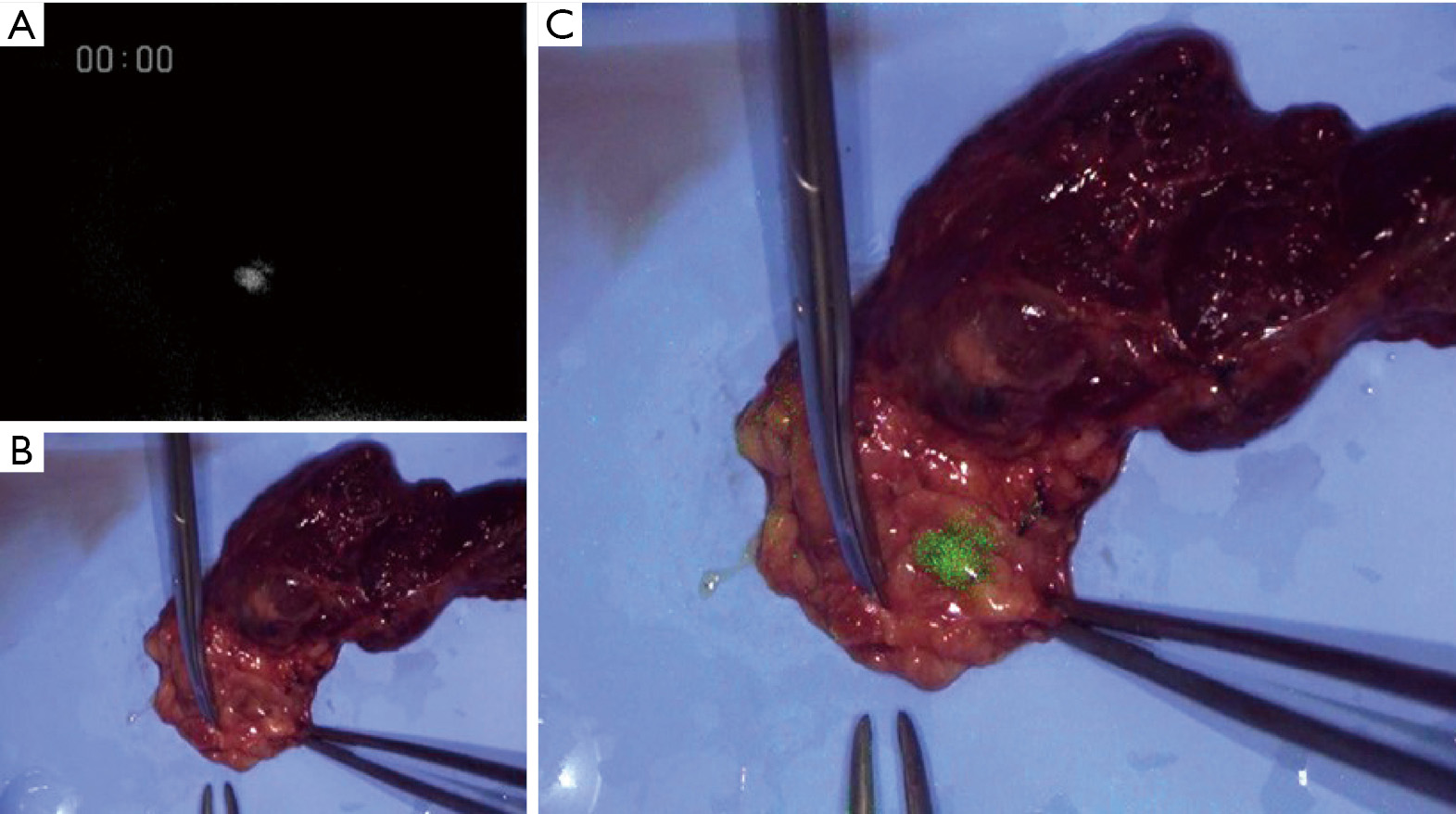 A 47-year-old male was referred to our hospital with a high serum Ca2+ level (11.1 mg/dL). He had no symptoms. His sister had been diagnosed with MEN1. Laboratory tests revealed an elevated intact parathyroid hormone (PTH) level (664 pg/mL). Neck ultrasonography showed one enlarged parathyroid gland behind the upper pole of the left thyroid lobe, and 99m-Technetium Methoxy-Isobutyl-Isonitrile (MIBI) scintigraphy revealed uptake in both the upper and lower left thyroid lobes. He was diagnosed with primary hyperparathyroidism due to MEN1 and underwent total parathyroidectomy. 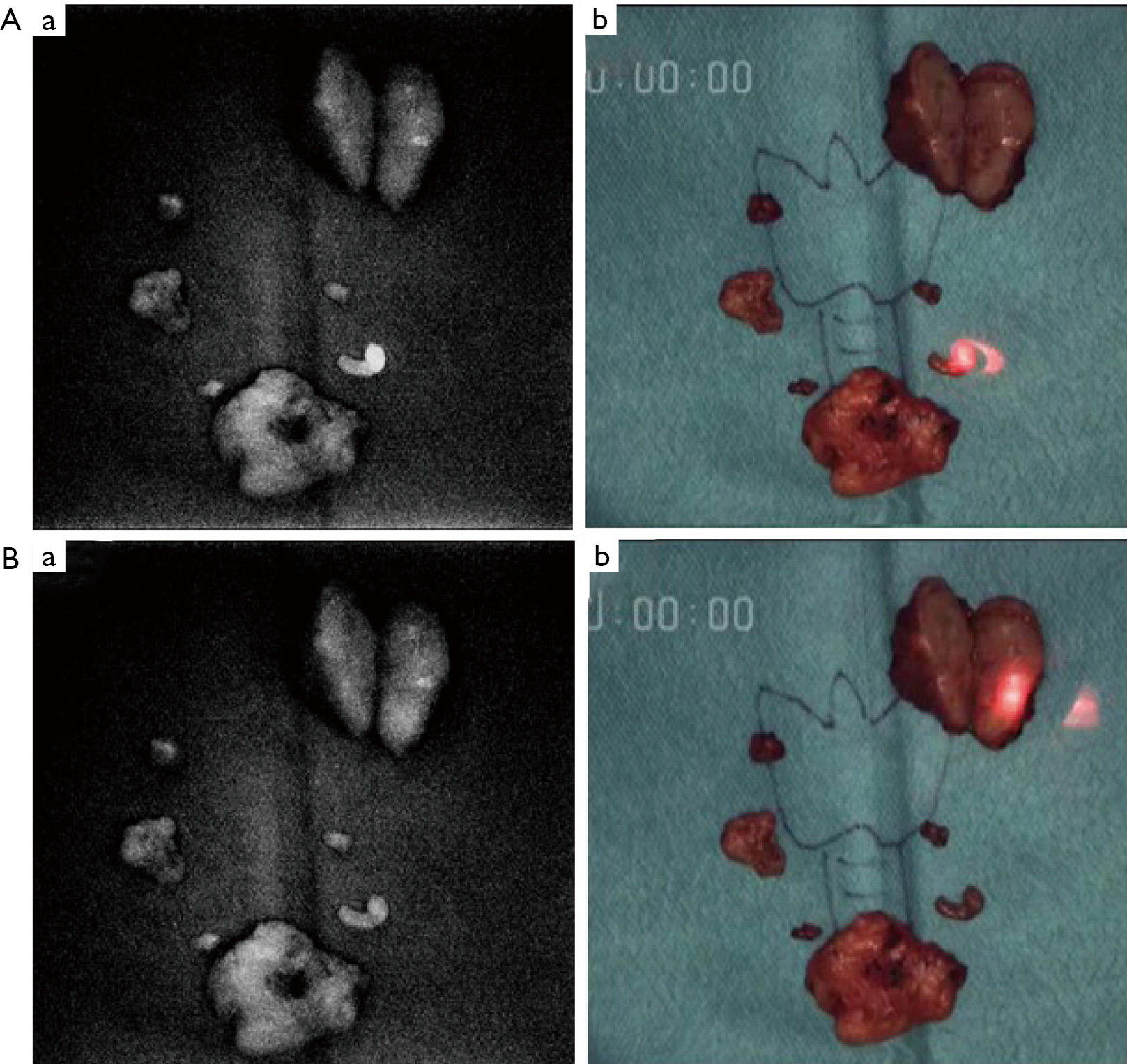 Our method may be useful for the intraoperative identification of normal parathyroid glands during thyroidectomy and slightly enlarged parathyroid glands that cannot be confirmed by ultrasonography or 99m-Technetium MIBI scintigraphy. A red laser pointer may also be an effective tool for easily enhancing excitation light and increasing the detection sensitivity of autofluorescence.

Reporting Checklist: The authors have completed the CARE reporting checklist. Available at http://dx.doi.org/10.21037/gs-20-386

Conflicts of Interest: All authors have completed the ICMJE uniform disclosure form (available at http://dx.doi.org/10.21037/gs-20-386). The authors have no conflicts of interest to declare.