Epidermal growth factor receptor (EGFR), or human epidermal growth factor receptor 1 (HER1) is a membrane receptor with tyrosine kinase activity that belongs to the epidermal growth factor receptor (HER) family alongside HER2, HER3 and HER4. Playing an essential role in cell proliferation, EGFR has been found to be widely distributed in many malignant tissues such as breast cancer, stomach cancer and lung cancer (3). EGFR overexpression has been shown to promote cell division, leading to an uncontrolled cell growth (4,5). Studies have shown that EGFR overexpression is frequently found in triple-negative breast cancer (6), and is related to poor prognosis (7,8). A study has shown that both the expression level and gene copy number of EGFR were independent adverse prognostic factors for esophageal adenocarcinoma patients treated with neoadjuvant chemotherapy (9). Choura et al. have identified three specific single nucleotide polymorphisms (SNPs) in EGFR gene (rs17337451, rs1140476, rs17290699) that are related to the protein stability of the EGFR dimer structure and hence a potential attribution to the risk of developing breast cancer (10). Moreover, recent studies have shown that certain SNPs are associated with the response and toxicity from chemotherapy in breast cancer (11-14). Chen et al. have reported that fibroblast growth factor receptor (FGFR) 4 rs1966265 and FGFR2 rs2981578 are related to the response and prognosis of breast cancer patients receiving chemotherapy based on docetaxel-epirubicin-cyclophosphamide combinations (11). Therefore, it is theoretically feasible to identify SNPs in the EGFR gene which are associated with the efficacy of neoadjuvant chemotherapy for breast cancer.

Although the EGFR expression has been proven to have a level of close connection with breast cancer, there has been limited research that focused on the association between EGFR gene SNPs and the efficacy and toxicity derived from neoadjuvant chemotherapy for breast cancer. Sobral-Leite et al. have reported a study focused on the evaluation of the EGFR SNP (rs2227983) located in exons in neoadjuvantly treated breast cancer patients from Brazil and Netherlands (15). However, the regimens in their study were complicated including different kinds such as 5-fluorouracil/doxorubicin/cyclophosphamide (FAC), docetaxel, doxorubicin/cyclophosphamide (AC) and paclitaxel/carboplatin., and they did not report the relationship between SNPs and toxicity derived from neoadjuvant chemotherapy. In this study, two SNP sites, rs1468727 and rs845552, located in EGFR intron 13 and intron 19 respectively were selected, which were reported to have clinical significance in the risk of glioma, and in predicting the therapeutic effect and prognosis of glioma (16-20). However, these two SNP sites have not been studied in breast cancer. We hypothesized that these two sites might be associated with the sensitivity to chemotherapy in breast cancer. To verify this hypothesis, we conducted this exploratory analysis.

We present the following article in accordance with the TRIPOD Reporting Checklist. Available at http://dx.doi.org/10.21037/gs-20-330.

All participants were female patients aged between 18 and 70 years old, who were pathologically diagnosed with primary breast cancer. In order to be included in this study, all the patients were required to undergo pre-treatment hematological examination, and achieve the following results: white blood cell count (WBC) ≥4.0×109/L, neutrophil count (ANC) ≥1.5×109/L, platelet count (PLT) ≥100×109/L, hemoglobin (Hb) ≥90 g/L, AST (SGOT)/ALT (SGPT) ≤1.5 times the upper limit of normal (ULN), creatinine ≤1.5 times ULN, and total bilirubin ≤1.5 times ULN. Patients who were pregnant, had metastatic breast cancer, or had a history of medical conditions such as uncontrolled cardiovascular disease or severe infection that suggested intolerance to neoadjuvant chemotherapy were excluded from the study.

Each patient in clinical trial SHPD001 and SHPD002 was scheduled to intravenously receive weekly dosage of paclitaxel at 80 mg/m2 for 4 weeks (d1, d8, d15, d22) and weekly dosage of cisplatin 25 mg/m2 for three weeks (d1, d8, d15), in a cycle of every 4 weeks. All patients underwent chemotherapy for four cycles. In addition, trastuzumab was recommended for HER2 positive patients at a weekly basis. HR positive patients in SHPD002, were randomized to receive endocrine therapy or not. Endocrine therapy included aromatase inhibitor for postmenopausal women and gonadotropin releasing hormone agonist for premenopausal counterparts. All patients received mastectomy with axillary lymph node dissection within 2 weeks following neoadjuvant chemotherapy. pCR was defined as the absence of carcinoma in the breast and axillary lymph nodes.

Genotype distributions of all patients were assessed for their adherence to the Hardy–Weinberg equilibrium (HWE). Comparisons of genotype and allele frequencies between groups were performed using a two-sided chi-square test. The risk odds ratio (OR) and the 95% confidence interval (CI) were determined by multivariate logistic regression analyses. The test level was P<0.05 and all P values were bilateral. Statistical analysis was performed using statistical software Stata 14.0 (StataCorp LP, College Station, TX, USA).

Association between SNPs and characteristics of patients 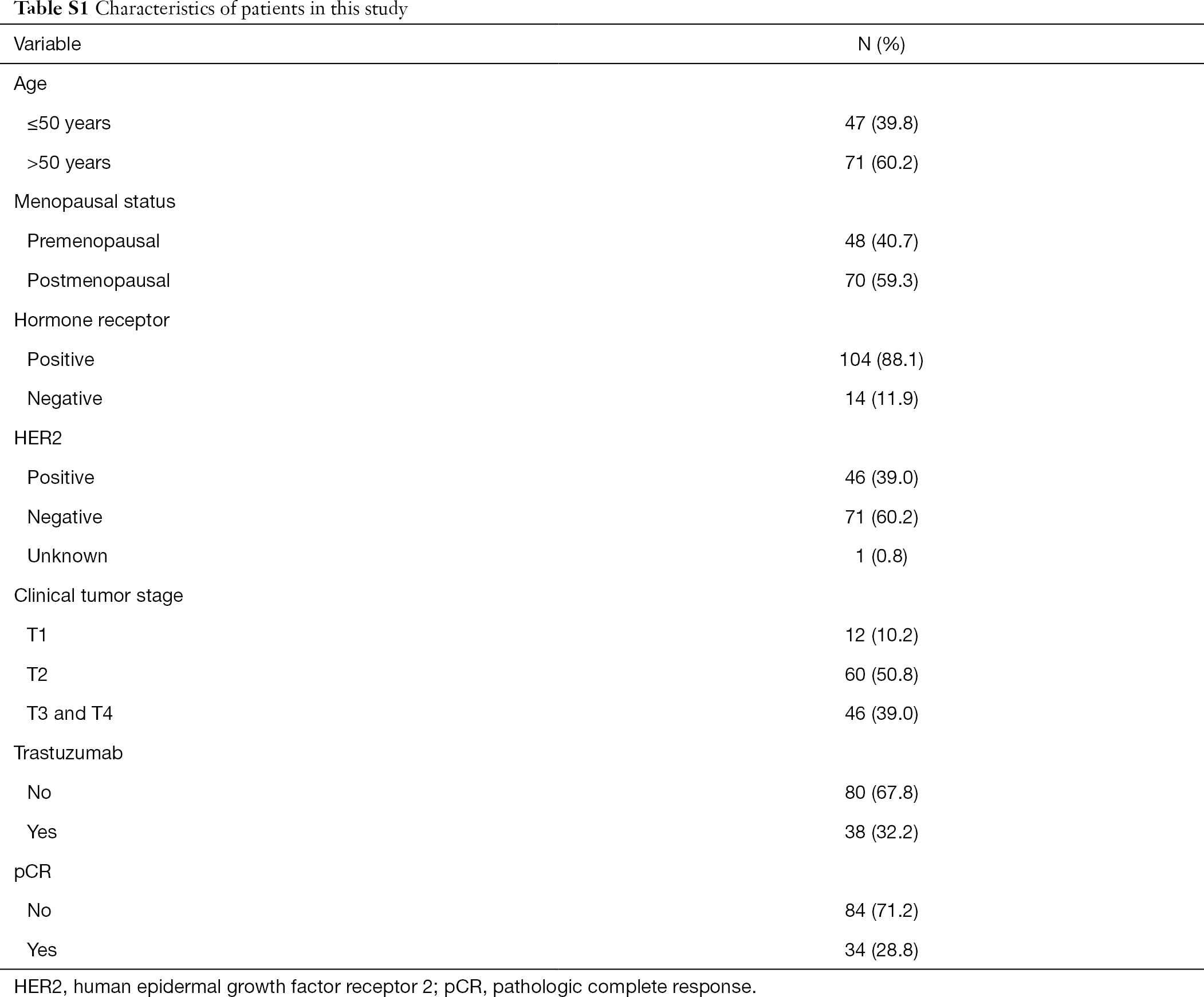 Table S1 Characteristics of patients in this study
Full table 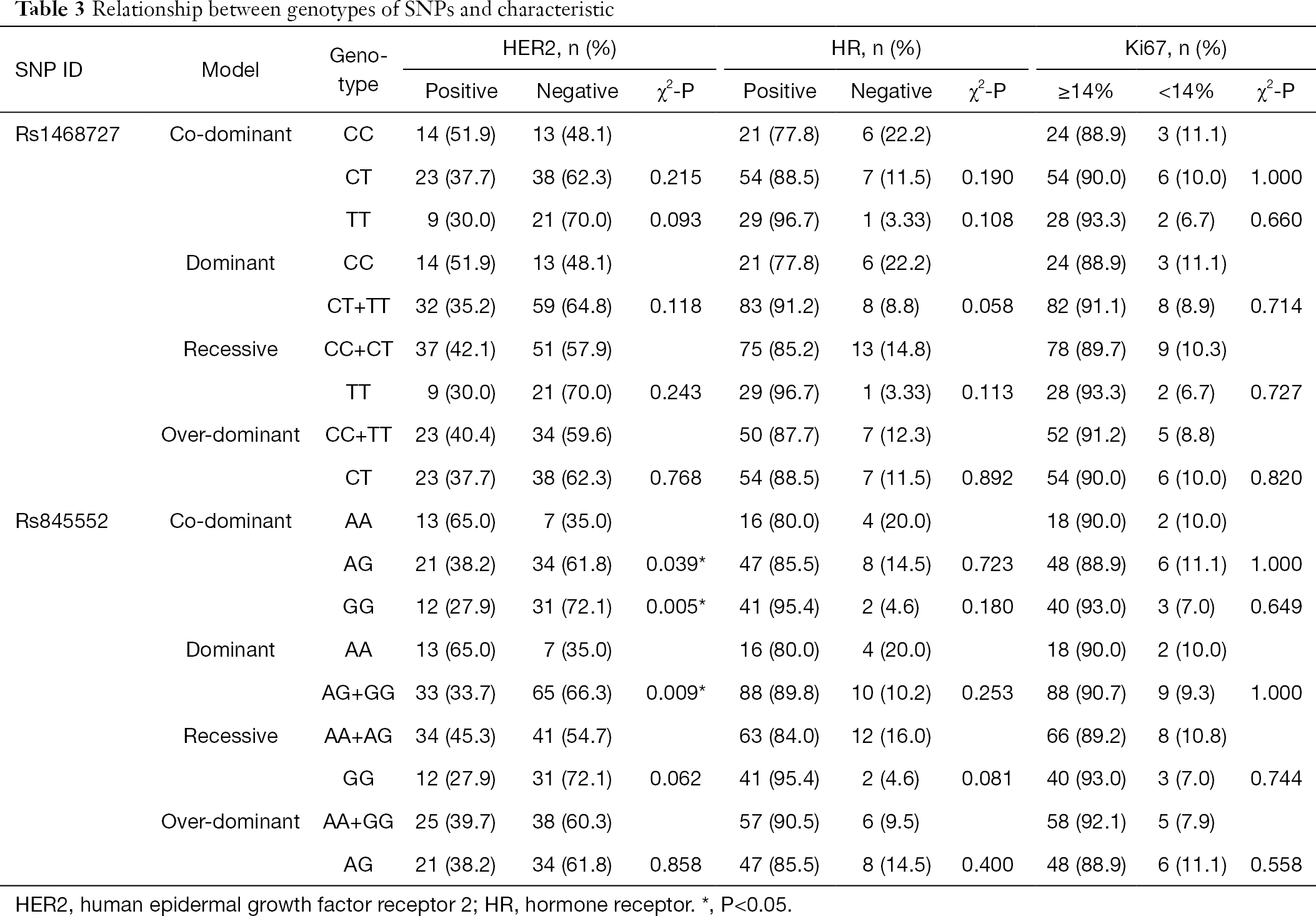 Table 3 Relationship between genotypes of SNPs and characteristic
Full table

Association between genotype of SNPs and response to neoadjuvant chemotherapy 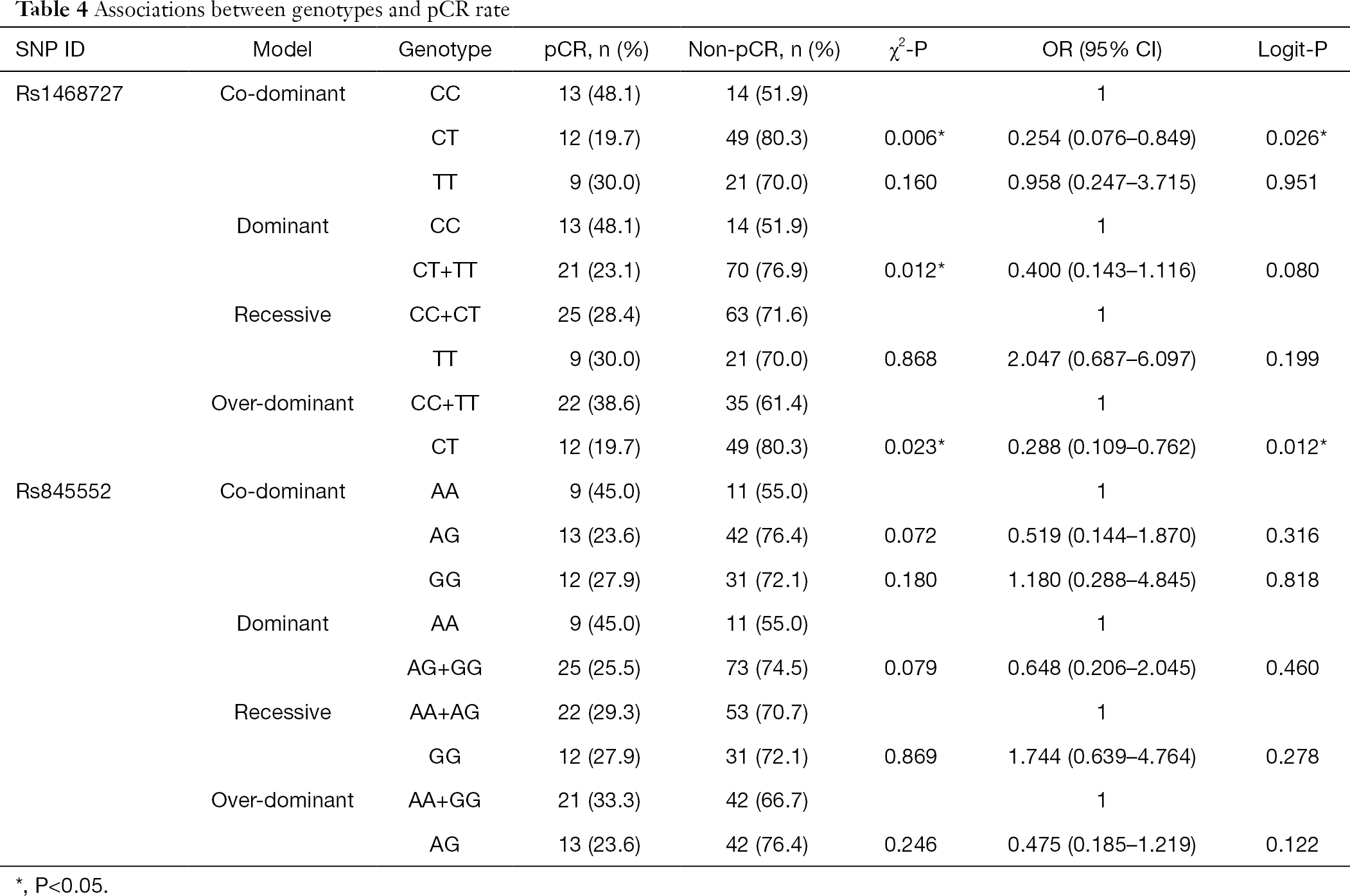 Relationship between genotype of SNPs and toxicities of neoadjuvant chemotherapy 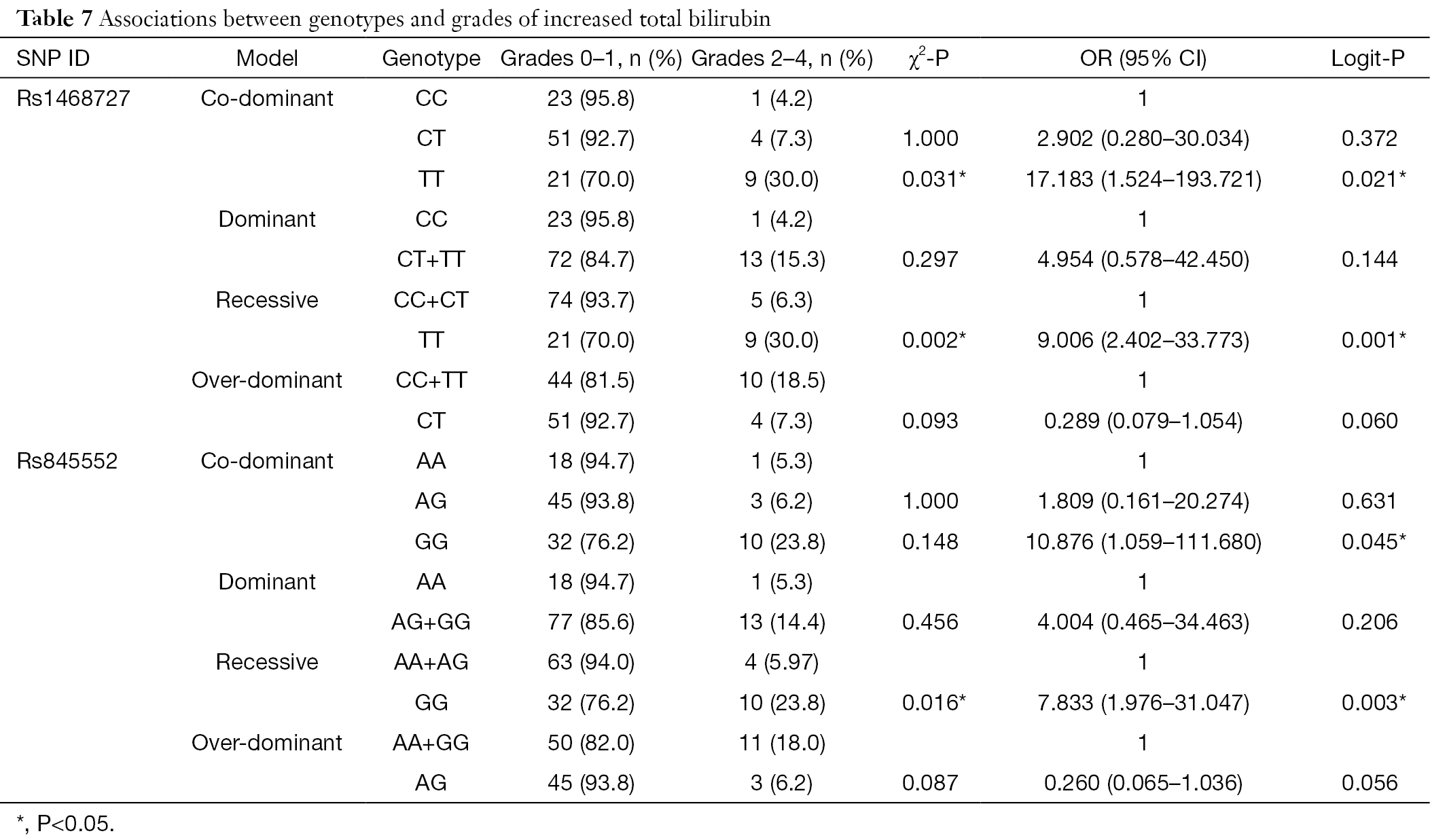 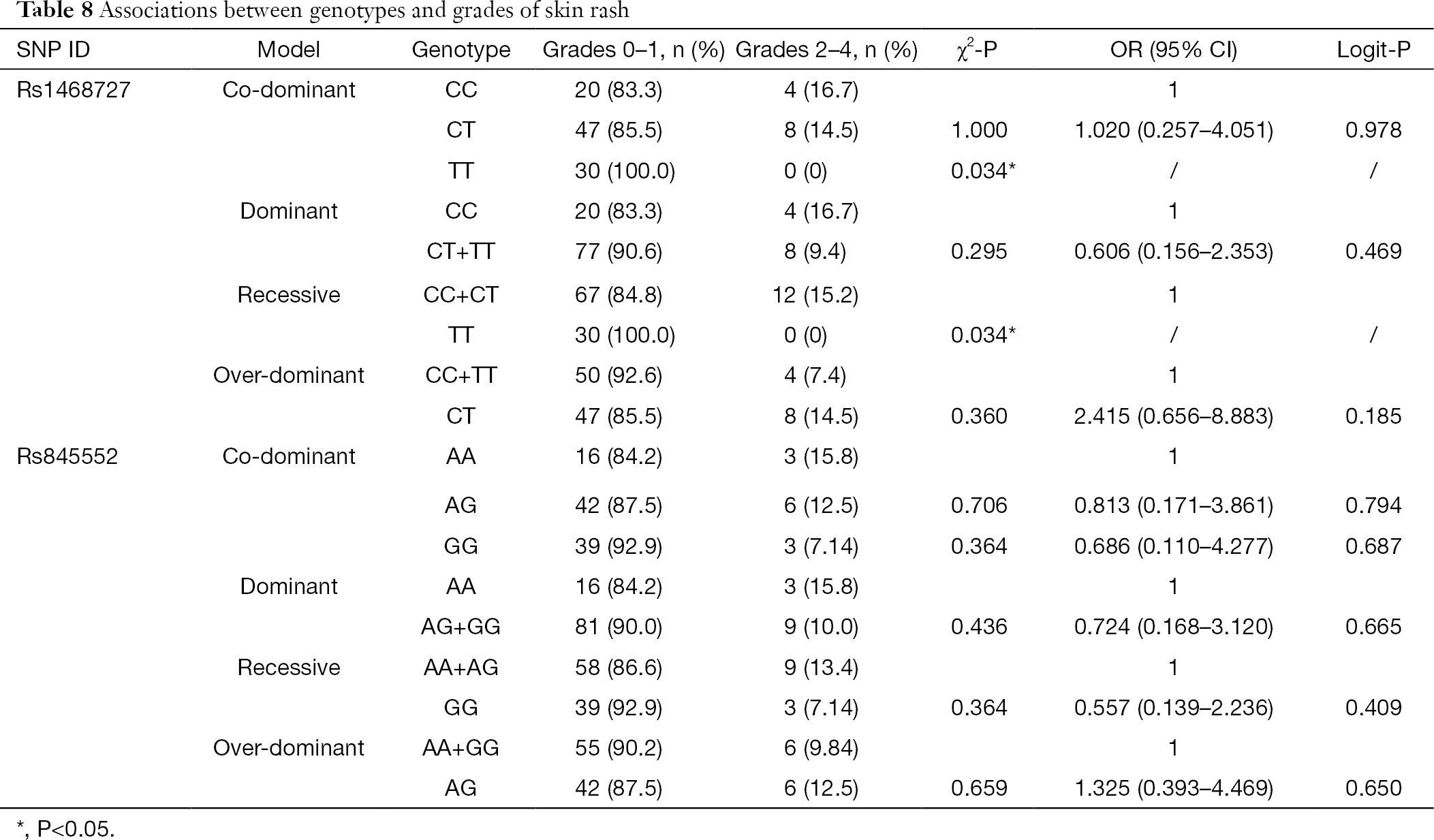 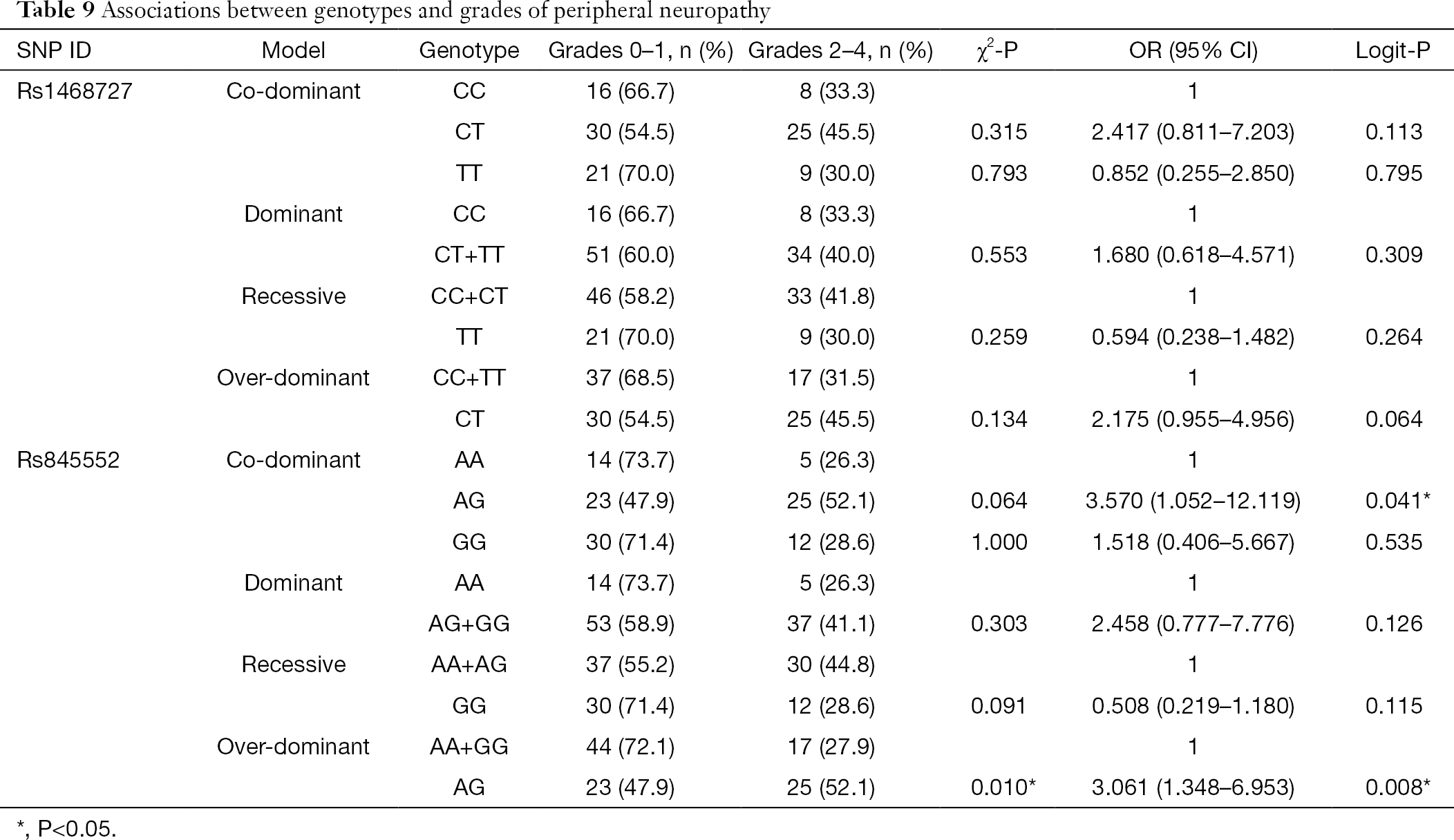 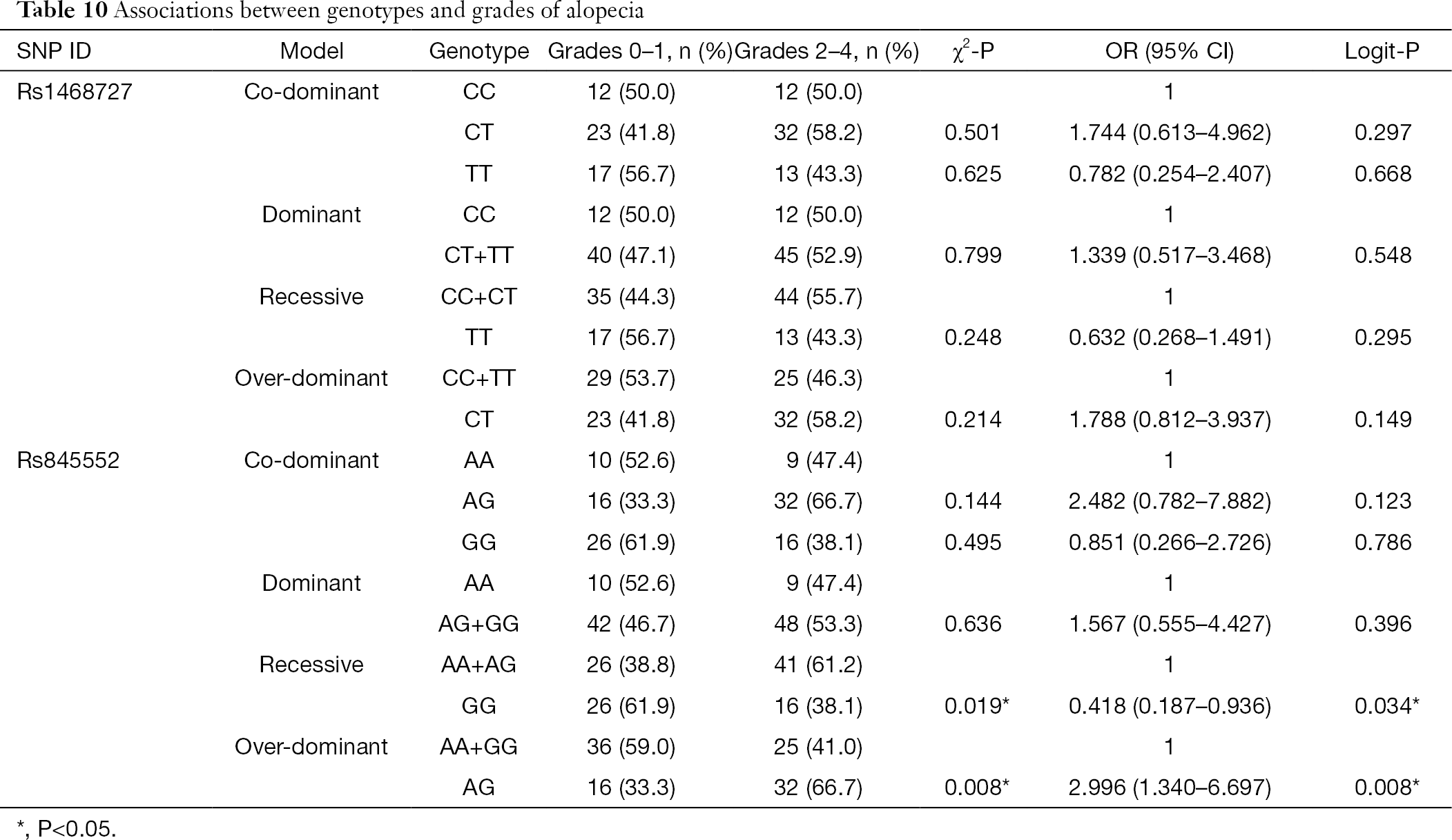 Table 10 Associations between genotypes and grades of alopecia
Full table

To the best of our knowledge, this is the first report that analyzed EGFR SNPs rs1468727 and rs845552 in breast cancer. In this study, we reported for the first time that the genotype of rs1468727 could predict the treatment response from neoadjuvant chemotherapy for breast cancer. We found that the genotypes of rs1468727 and rs845552 were associated with the degree of neoadjuvant chemotherapy-derived adverse events, such as increased total bilirubin, skin rash, peripheral neuropathy and alopecia. In addition, our results demonstrated for the first time that rs845552 may be related to HER2 status in breast cancer.

We showed that patients with an AA genotype were more likely to be HER2 positive compared to those with a AG or a GG genotype. Rs845552 is known to be located in the intron of EGFR gene. Previous studies have shown that the expression of EGFR can be altered following changes in the intron sequences. The repeat length of CA simple sequence repeat 1 located at the intron 1 of EGFR gene has been reported to be associated with EGFR expression in breast cancer cells (22,23). Consistently, a previous study has reported that both EGFR and HER2 genes tend to be overexpressed simultaneously in cancer patients (24). Thus, the rs845552 genotype may reflect the HER2 status to some extent.

A couple of limitations were identified in our study. Firstly, the sample size in this study was relatively small. However, as an exploratory analysis based on prospective clinical trials, we can get new clues of intrinsic association between these SNPs and the efficacy and toxicity of neoadjuvant chemotherapy for further study. Of course, it is required to expand the sample size to further verify this conclusion in the future. Secondly, the specific mechanism behind the association between the SNPs with the efficacy and toxicity derived from neoadjuvant chemotherapy was unexplored. In future research, we plan to further explore whether and how different SNP genotypes will affect the level of mRNA transcription or protein expression of EGFR, in order to verify its correlation with the efficacy and toxicity of neoadjuvant chemotherapy.

Our study found that, in treating breast cancer with neoadjuvant chemotherapy, EGFR SNP rs1468727 associated with treatment response; while both SNP rs1468727 and rs845552 were attributed to toxicity, such as increased total bilirubin, skin rash, peripheral neuropathy and alopecia. In addition, we also showed that SNP rs845552 may be related to the status of HER2 in breast cancer. Our findings provide important information that may facilitate further studies to dissect the specific mechanism of EGFR in breast cancer.

Conflicts of Interest: All authors have completed the ICMJE uniform disclosure form (available at http://dx.doi.org/10.21037/gs-20-330). The authors have no conflicts of interest to declare.

Ethics Statement: The authors are accountable for all aspects of the work in ensuring that questions related to the accuracy or integrity of any part of the work are appropriately investigated and resolved. All procedures performed in studies involving human participants were in accordance with the ethical standards of the institutional and/or national research committee and with the 1964 Helsinki declaration and its later amendments or comparable ethical standards (as revised in 2013). The study was approved by the Institutional Review Board (IRB) of Renji Hospital, School of Medicine, Shanghai Jiaotong University (IRB approval number: [2014]14K and [2017]088). Informed consent was obtained from all individual participants included in the study.