Thyroid neoplasms represent almost 95% of all endocrine tumors, although they are relatively uncommon, accounting for approximately 2% of all human malignancies. Thyroid neoplasms are the most frequent neoplasm in the head and neck region. Most thyroid carcinomas are well-differentiated tumors of follicular cell origin. These lesions are histologically defined as papillary carcinoma, follicular carcinoma, and Hurthle cell carcinoma. Thyroid papillary carcinoma (TPC) is the most common thyroid malignancy. It constitutes 60% to 90% of all the thyroid carcinomas. Cervical lymph node metastases in patients with TPC are commonly seen. The rate of nodal metastases in TPC has been reported to be within the range of 30-90% (1,2). Although cervical lymph node metastases are common in TPC, the management and the prognostic role of lymph nodes in TPC remains controversial. Some studies suggest that the neck metastases have no adverse effect on neither the recurrence nor the survival (3-5). However, some recent articles showed that lymph node metastases were associated with an increase in recurrence rates and have a negative impact on survival (6,7). Neck dissections in the clinically involved lateral cervical lymph nodes are generally well-accepted procedures for TPC. However, the extent of the neck dissection necessary for oncologic management for positive lateral neck nodes is still debated (8,9). Current treatment guidelines of the American Thyroid Association (ATA) recommended, therapeutic central-compartment (level VI) neck dissection for patients with clinically involved central or lateral neck lymph nodes should accompany total thyroidectomy to provide clearance of disease from the central neck. Prophylactic level VI neck dissection may be performed in patients with TPC with clinically uninvolved central neck lymph nodes, especially for advanced primary tumors (T3 or T4). Near-total or total thyroidectomy without prophylactic central neck dissection may be appropriate for small (T1 or T2), noninvasive, clinically node-negative PTC and most follicular cancer. But elective cervical lymph node dissection has not been clearly defined (10).

Unlike squamous cell carcinoma of the head and neck, where regional metastasis have a definite negative prognostic impact, the effect of cervical nodal involvement on survival in differentiated thyroid carcinoma has not been demonstrated clearly. Elective neck dissection is generally recommended if the risk of occult neck metastasis is higher than 20% in head and neck squamous cell carcinomas (3). However, the role of elective neck dissection in TPC has not been clearly defined yet. 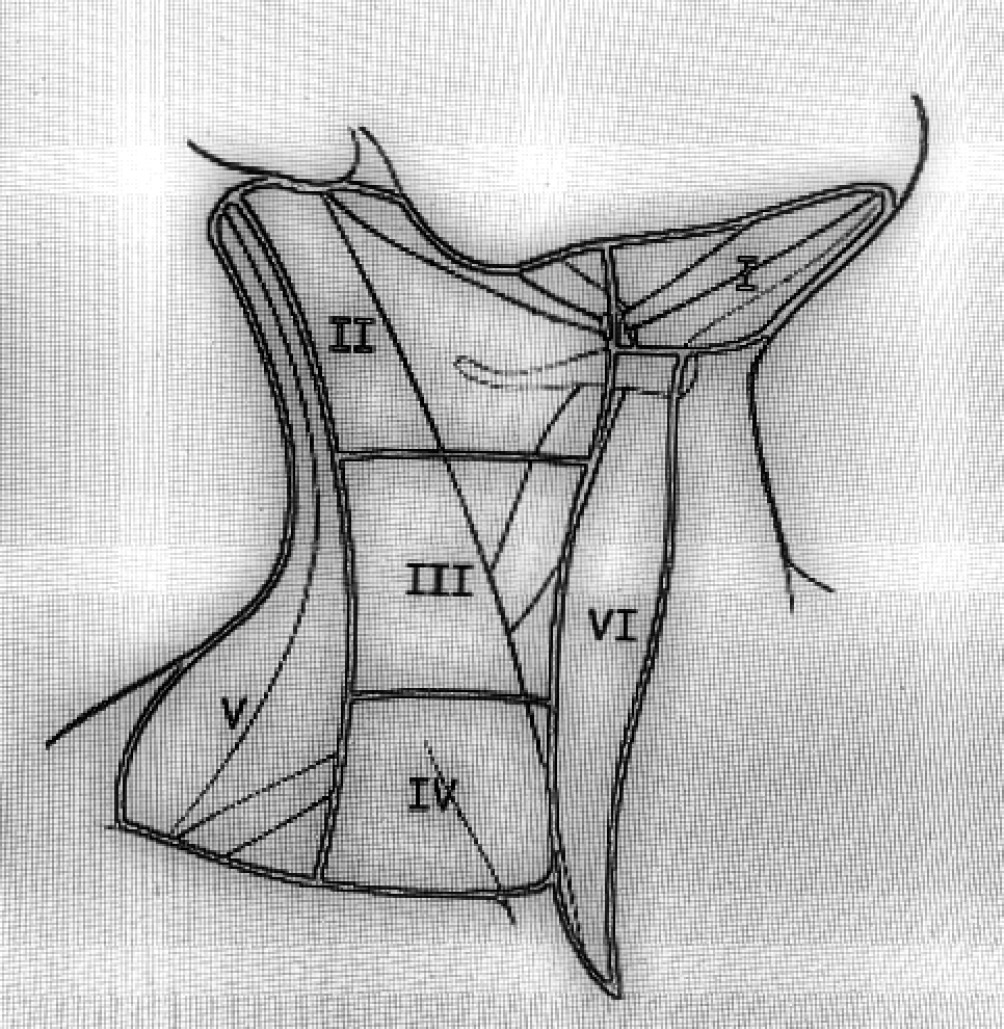 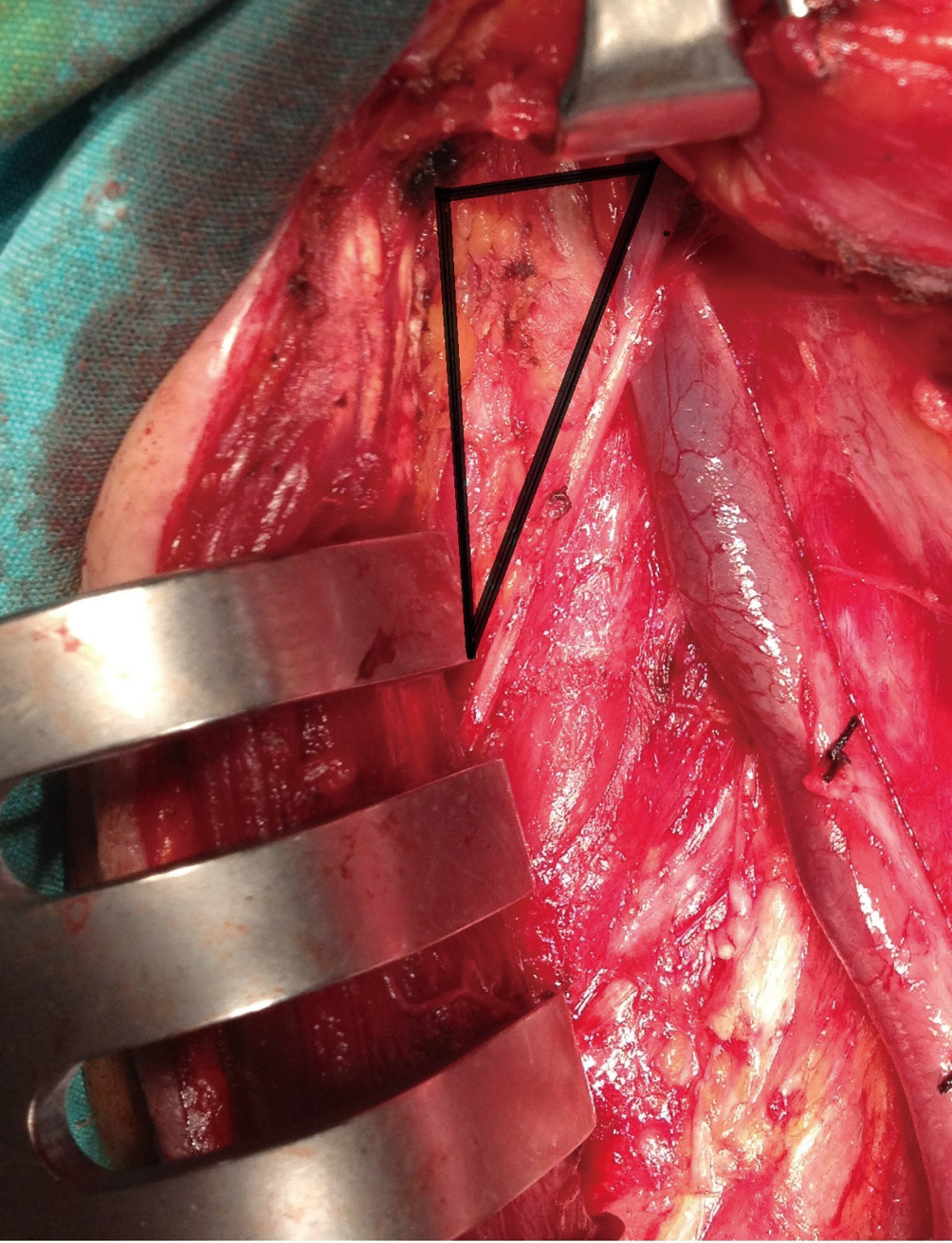 The extent of neck dissection at the time of initial thyroidectomy has become a topic of contention (16). The cervical lymph nodes metastases initiates in the perithyroidal nodes of the central neck and progresses to the lateral cervical compartments (level I to V) and the superior mediastinum. However, the contralateral lateral and mediastinal compartments are affected more rarely. Skip metastases to the lateral compartment without central neck nodal involvement may occur but it is seen rare (17-20).

The neck dissection indication may be decided by clinically or radiologically lymph node metastasis suspicion. Fine needle aspiration biopsy (FNAB) or intraoperative frozen section usage might be useful reduce the negative neck dissection results. Lymph nodes metastasis assessment has high value to neck dissection decisions in patient with PTC. Various methods are used to assess the extent of lymph node involvement. Physical examination evaluation of the lateral neck for metastatic disease screens for visible or palpable lymph nodes. Because of their anatomic locations, enlarged cervical lymph nodes may not be easily visible or palpable, especially when they are small, located behind the sternocleidomastoid muscles, or located behind a carotid artery or jugular vein and in level VI. Therefore, in order to make treatment decisions regarding neck dissection, it is very important that adequately evaluation of cervical lymph nodes for metastasis. Imaging modalities, such as ultrasonography (US) with or without FNAB, iodine scans, computed tomography (CT), hybrid imaging modalities such as single photon emission CT/CT and positron emission tomography/CT (PET/CT), technetium-99m methoxyisobutylisonitrile scintigraphy (MIBI scan), and magnetic resonance imaging (MRI) can each be important in the assessment of the lateral neck. Also intraoperative frozen section may be helpful for lateral neck lymph node metastasis (21-24). US performed by experienced hands are considered by the ATA, as the screening and surveillance imaging modality of choice for detection of lateral neck metastases. As recommended by the ATA thyroid cancer guidelines surveillance imaging of the lateral neck should include US. In cases when a lateral neck node is enlarged (>1.5 cm in levels I and IIa or >1.0 cm in levels IIb-Vb) or has ultrasonographic features worrisome for disease, an US-guided fine-needle aspiration should be attempted to confirm disease including possibly testing the aspirate for thyroglobuline (Tg) in an aspiration specimen (24). The introduction of these imaging modalities has increased detection of non-palpable cervical lymph node metastases.

The most common morbidities associated with neck dissections are spinal accessory nerve dysfunction and related shoulder disabilities. Shoulder dysfunction is due to traction injury or interruption of blood supply of the spinal accessory nerve during dissection of level IIb. This dysfunction may be avoided by preserving the level IIb lymph nodes during neck dissection in selected patients (25). However, some studies have shown temporary functional deterioration of the spinal accessory nerve even when level IIb is not dissected (26,27). Level IIb is rarely involved in patients with a metastatic neck disease. Metastases at level IIb are not expected in patients with N0 neck. Koybasioğlu et al. (28) showed no metastases at level IIb in dissection specimens of patients with laryngeal cancer. Silverman et al. (26) reported a 1.6% incidence of metastases at level IIb for N0 necks, 1.1% for N1 cases, and total incidence was 4.4% in cases with head and neck cancers. Similarly, Sezen et al. (27) reported that routine level IIb dissection was not necessary in N0 necks. According to them, if the level IIa showed positive metastatic changes, preoperative pathologic examination by frozen section that includes level IIb could be an alternative approach. Recently, similarly reports have been shown for TPC (28-30).

Generally, selective neck dissection, dissecting levels II-V with preservation of the sternocleidomastoid muscle, spinal accessory nerve, and internal jugular vein, is recommended for patients with TPC presenting with clinically palpable cervical lymph nodes or showing pathological appearance seen by imaging studies (31-33). Initial nodal spread from TPC occurs in the central compartment of the ipsilateral neck (level VI) (34-37). However, Gimm et al. (21) and Noguchi et al. (7) reported that some patients had posterolateral lymph node metastasis without involvement of the central compartment. In our previous study (38) all patients with posterolateral lymph node metastases had involvement of central compartment. When there is a metastasis in the lymph nodes of the lateral neck, levels II-V are predictably affected, usually with multiple areas of spread in more than one of these levels. As spread of TPC to the level I lymph nodes is so rare, routine dissection of this area can be omitted (31,37). In addition, levels I and V lymph nodes were never found to be involved without lymph node involvement at other lymph nodes level such as levels II, III or IV (37,38). In our previous study (39), the majority of patients with lateral cervical lymph node metastasis had multiple involved lymph node levels. The lateral cervical lymph nodes (levels II, III, and IV) are at the greatest risk for metastasis in TPC patients. It has been reported that lateral nodes were commonly involved, and level III nodes were the most common sites for metastasis (28,30,37). Although Roh et al. (9) and Vayisoglu et al. (39) reported that level IV nodes were the most common sites for metastasis.

Table 1 Results of the studies showing the incidences of lymph nodes metastasis at level IIa and IIb in patients with TPC.
Full table 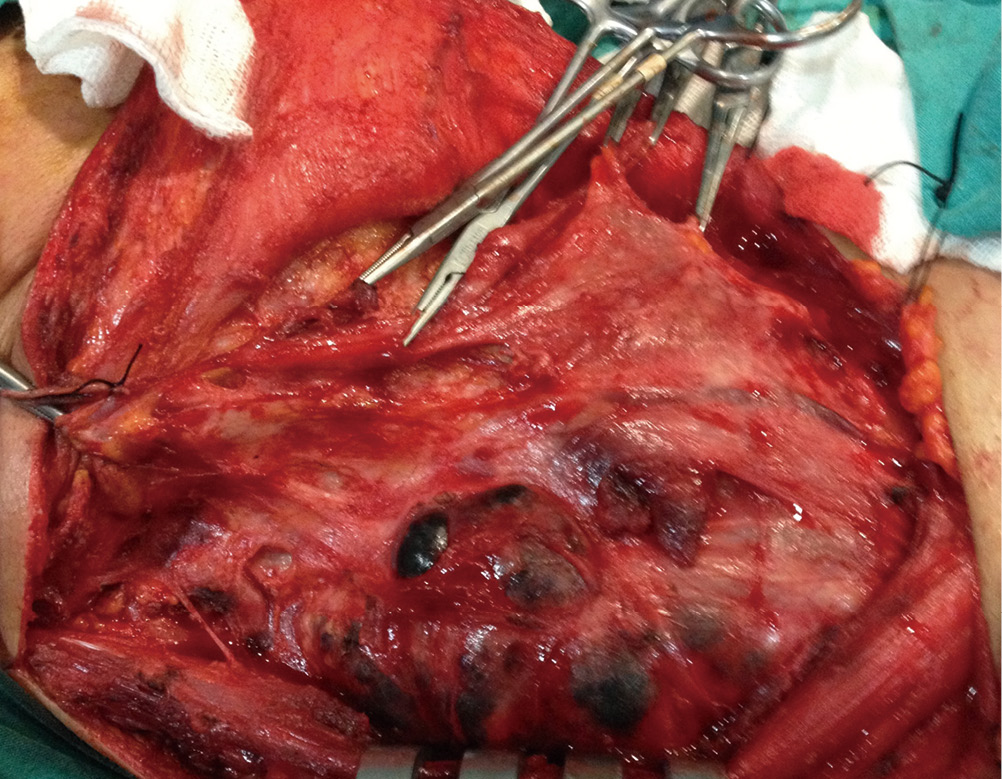