Cervical thoracic duct injuries are rare but are well-known complications with an incidence about 0.5–6.2% (1,2). Due to left side prominent termination of thoracic duct, these injuries occur predominantly on the left side of patients underwent to lateral neck dissection (1). Chylous fistulas occur between the first and third postoperative day in 86% of patients (1,3).

In the literature, these injuries can be managed either conservatively or surgically (1,4,5). Initial management of chylous fistula begins with dietary modifications such as diets poor in fat with medium chain triglycerides or total parenteral nutrition, repeated drainage, pressured dressings (2,4). In addition, recent studies demonstrated that somatostatin and its analogues have high effectiveness in management of chylous fistulas, with less side effects (2,3).

In this article, successful management of cervical chylous fistula following neck dissection due to advanced thyroid carcinoma by ligation of the ductus thoracicus via single port thoracoscopy is reported.

A written informed consent was obtained from the patient.

Fifty-one-year-old female, whose ultrasound showed bilateral lymph node metastases in addition to 12 mm primary tumor in right thyroid lobe was referred to our institution. Cytological examination of fine-needle aspiration biopsy specimen from the thyroid nodule and one of the right neck lymph node resulted as papillary thyroid carcinoma and metastasis. Total thyroidectomy accompanied by bilateral and central neck-dissection was performed to the patient. Before the operation was completed closed suction drain was inserted. Oral intake was started in postoperative 6th h. Postoperative drainage was 650 mL/day. In post-operative 4th day, left sided chylous leakage was observed as 1,500 cc/day through neck drain. Oral intake was ceased, total parenteral nutrition containing medium chain triglycerides and somatostatin analogue 0.1 cc 3×1 daily subcutaneous was started. Daily drainage volume was less than 600 mL at the 6th day but the volume increased over 1,200 mL/day in 12th day after operation. Leakage was not ceased after 1-month conservative treatment and patient underwent to single port thoracoscopic intervention.

Patient was positioned in left lateral decubitus under general anesthesia (Figure 1A). An Alexis-O-Wound Protector/Retractor (Applied Medical, Rancho Santa Margarita, CA, USA) was inserted through sixth intercostal space (Figure 1B). A 30º scope was used to visualize chest. Inferior pulmonary ligament, which is divided after with electrocautery, visualized by superior posteriorly retraction of posteroinferior edge of lower lobe of the lung with a Foerster clamp. Posterior mediastinal pleura between azygous vein and chest wall was incised to mobilize the vein. After that, mediastinal pleura was cut longitudinally between azygous vein and esophagus thus esophagus was retracted anteriorly to dissect bluntly towards aorta. By blunt dissection, thoracic duct, a thin tubular structure presenting occasional peristalsis, was revealed. After isolation of the duct, it was clipped with Hem-o-lok® (Weck® Surgical Instruments, Teleflex Medical, Durham, NC, USA) clip. Finally, fibrin sealant was applied to decrease risk of recurrent chylothorax. One 32-Fr chest tube was remained to sustain adequate drainage of thoracic cavity and total re-expansion of lung. Performed operation can be seen in Figure 2. Neck drain and chest tube was extracted in postoperative second and fourth day respectively and patient was discharged at 8th day. Wound healed with minimal scar (Figure 3A,B). 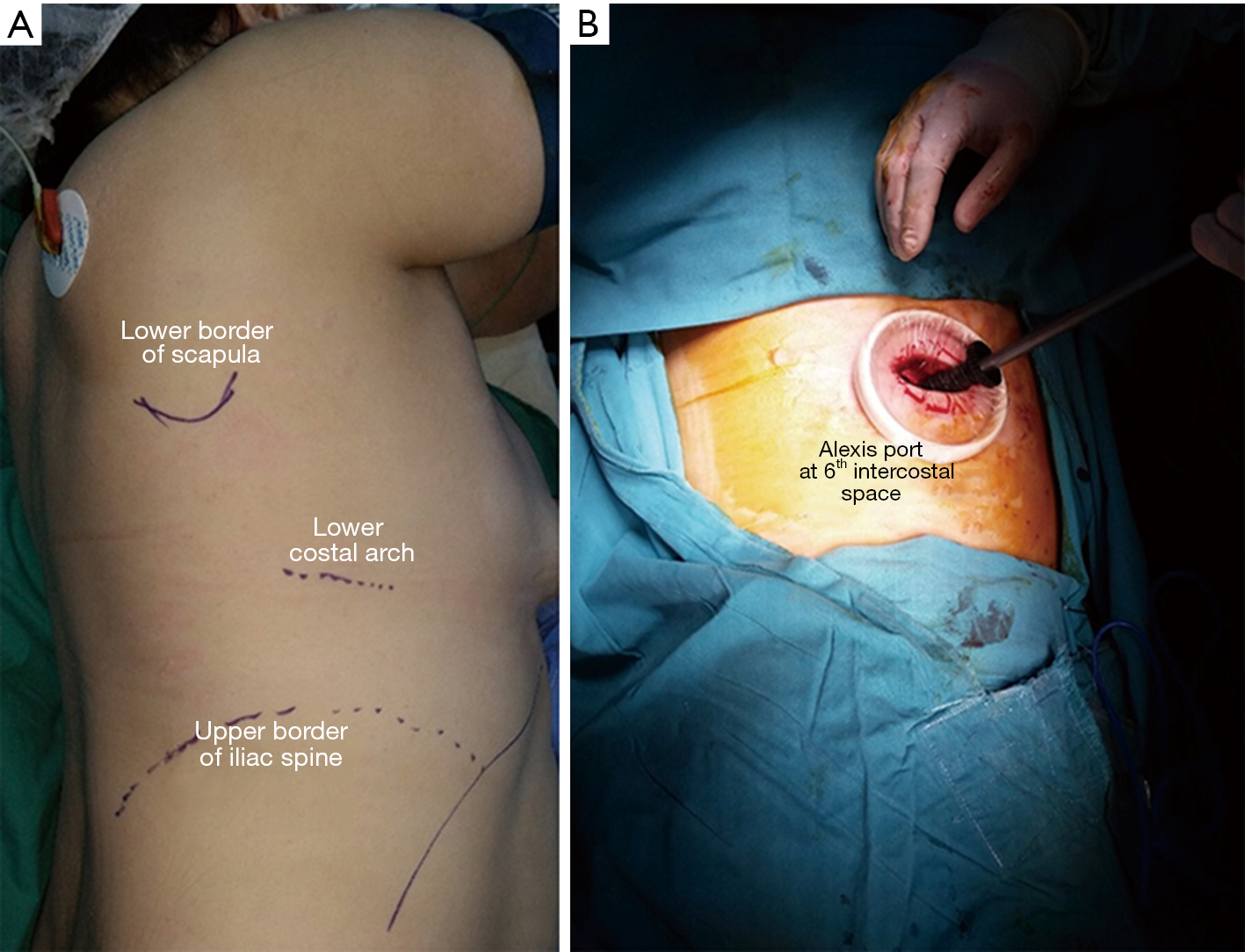 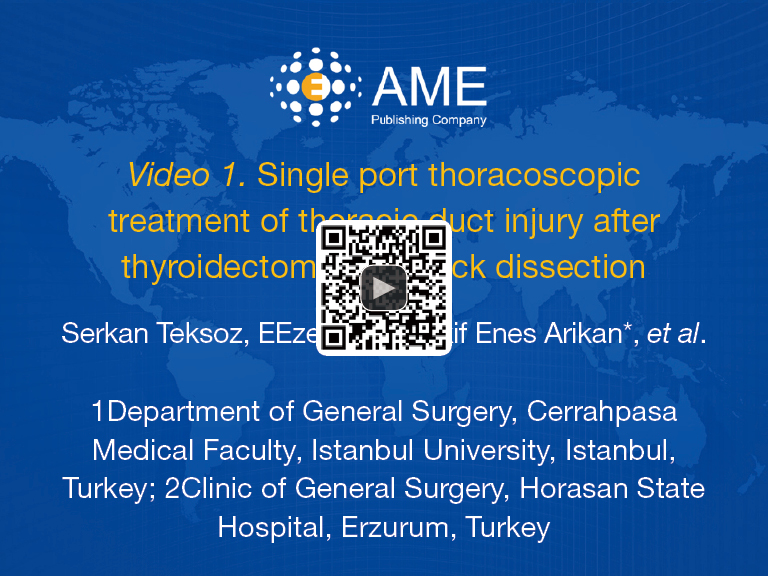 Thoracic duct injury in neck dissection is rare but serious complication. During neck dissection, especially in level IV, thoracic duct is vulnerable to damage because of high anatomic variation rate and its fragile structure hardens to repair. To prevent chylous fistulae looking for possible chyle leaks during surgery is crucial (2,4). Recognition during surgery and over sewing or application of fibrin/cyanoacrylate is a choice of treatment. If not recognized or intervened during surgery, use of a medium-chain-triglyceride or fat-free diet, total parenteral nutrition, somatostatin analogues, orlistat or etilefrine are options for conservative management (7).

However, no clear consensus for optimal management of the thoracic duct fistulas is existing. In current literature nutritional, surgical and pharmacological procedures have been proposed for treatment (8). In addition, there is still a doubt for choice of surgical or conservative treatment (1,8,9).